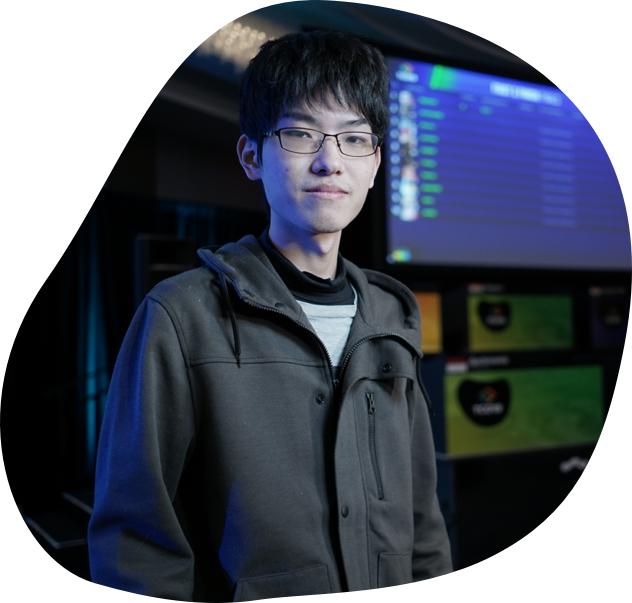 The top four (4) performers, per the leaderboard, of each stage from the Marathon Competition, will win a prize and/or a trip to compete in the TCO20 Finals in the USA on dates and a location to be determined at a later date.

The Marathon Competition will include all the include all marathon matches (unless explicitly specified that is not TCO eligible) and potentially a number of Lightning Rounds at regional events. Up to twelve (12) of the highest scoring competitors, which means four (4) from each stage will win a trip to the Tournament to compete in the onsite Championship Round. Each stage of the competition will award a trip winner based on the amount of points earned from that stage.

There will be no registration required to compete in the Marathon Competition; however, competitors must be a Topcoder member.

The Coding Phase is a timed event where all Competitors are presented with the same problem statement. The criteria for scoring a Competitor’s submission will be provided with the problem statement and may change from round to round. During each round of the Marathon Competition, each Competitor may receive two types of scores in their Submission Artifacts: Test Case Scores of example test cases and Full Submission Score. Each Full Submission is run against a more complete set of test cases which are not disclosed to the Competitor and the Competitor only receives a provisional score.

During each Stage, Contestants who participate in Tournament-eligible Marathon Match Competitions on the Topcoder website will receive points for that Stage as outlined in these Rules.

Only Tournament-eligible Marathon Competitions in which submission has opened during the three (3) Stages shall be included in determining points for that Stage. Note: that for Stage 3, matches in which submission opens during Stage 3 and ends after Stage 3 won’t be included in determining points for Stage 3. 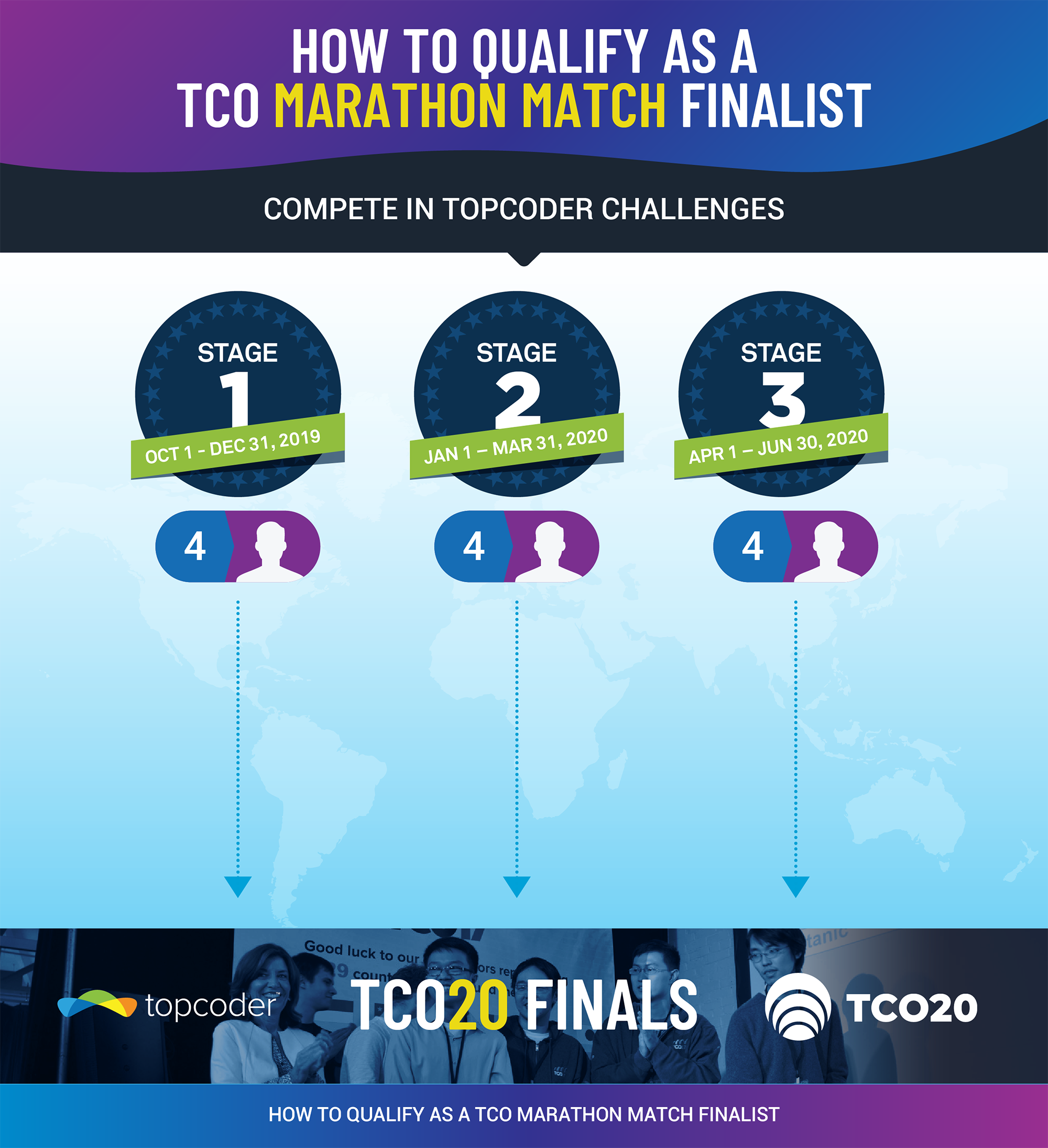 After each Marathon Match during the stage, up to 30 of the next-highest scoring competitors [among those eligible, who have not already otherwise advanced] will be awarded points based on the following table. To get points for the round, a Competitor must achieve a score greater than zero. If several competitors are tied for a place, they share points for the tied places (i.e. if two competitors are tied for 6th place they’ll each get (40+36)/2 = 38 points).

Advancing during the Online Stages

The Competitor who accumulates the most points during each Online Stage (4 total competitors) will advance to the onsite Championship Round.

NOTE: In the event of a tie for any advancing position during the Online Stage, the tie will be resolved in the following manner:

In the event that a Competitor who has advanced to the onsite Championship Round is unable to attend it, Topcoder may choose to replace this Competitor with another Competitor or to take no action in this regard (thus reducing the total number of onsite Competitors). The choice is made at Topcoder’s sole discretion. In case of replacement choice, the right to attend is passed to the next Competitor who has accumulated the most points.

*** To get the prize, Competitor must have positive points in that particular stage. In the event of a tie in for the 20th place, all competitors with that score will earn a t-shirt.

These rules may change with or without prior notice.